Virtual Reality Society says VR got its start way back in the 1920s when Edward Link created a flight simulator to train pilots. As you probably guessed, this thing looked nothing like modern VR setups.

Electronic digital computers wouldn’t show up for another two decades, so Link’s design was pretty archaic. It was technically VR though. We think of VR as digital worlds run by computers — but at its most basic, VR is just something that’s virtually real. Almost reality, but not quite. Just like Link’s flight simulator.

To find more recognizable VR setups, you’ll have to jump to the 1950s. In those years, a cinematographer named Morton Heilig invented the Sensorama. Users leaned into the enclosed booth-like space that held a screen, smell generators, fans, and other sensory devices which brought movies to life.

Over the years, VR machines were refined as better tech joined the scene. The first head-mounted VR display was patented in 1960, then NASA started using VR for astronaut training in the ‘80s. Today, VR is way more advanced — and that tends to make it very expensive.

Just how expensive? Some headsets sell for thousands of dollars. Learn more with this top eight list! 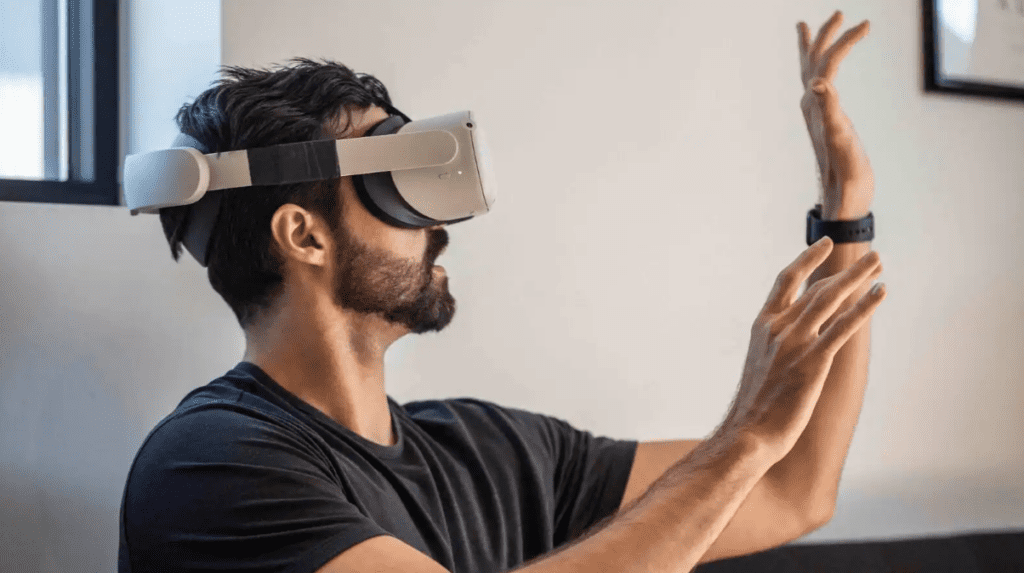 The Meta Quest 2 was once solely known as the Oculus Quest 2, but that changed when Facebook rebranded and became Meta in 2021. Still, the Quest 2 is the same, Facebook-made device that helped break VR into the mainstream.

At $399, Quest 2’s most expensive configuration is still cheaper than a lot of other VR headsets. The design is pretty minimal, but the specs are quite impressive. Six GBs of RAM and a  Qualcomm Snapdragon XR2 SoC power the setup, while voice controls and access to more than 200 games keep things fresh.

What about the all-important display? Quest 2 offers an impressive 3664 x 1920-pixel fast-switch LCD — and reviewers are pretty impressed. One calls the whole headset “the ambassador VR’s been waiting for,” saying the setup is a step towards making VR more common in daily life.

You can buy a cheaper Meta Quest 2 for just 299 bucks if you’re willing to downgrade your storage capacity. 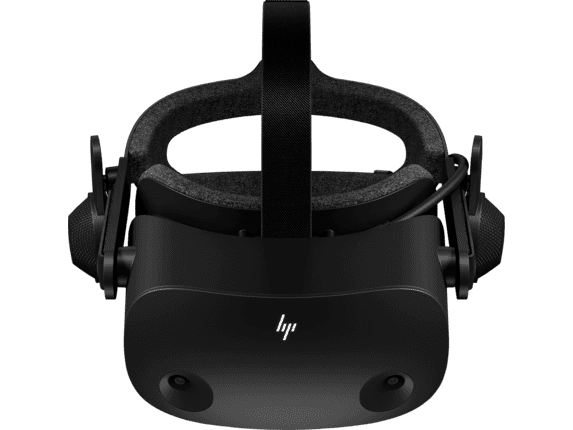 At number seven is the costly HP Reverb G2. The updated design features more cameras for motion-tracking, making the headset run smoothly and keep in line with real-world movements. HP says the design was made in collaboration with Valve and Microsoft.

When it comes to gaming and exploration, this headset works with SteamVR and Windows Mixed Reality.

At $599, HP’s VR headset is quite a bit pricier than Meta’s — but it’s still way cheaper than other setups on this list.

This headset uses two LCD screens to create an immersive digital world. Those screens have refresh rates of 90Hz, which is faster than the Meta Quest 2’s base rate.

Headset Price: $799
Release year: 2021
Cool Feature: Built-in headphones
Interesting Fact: This headset has to be plugged into a computer 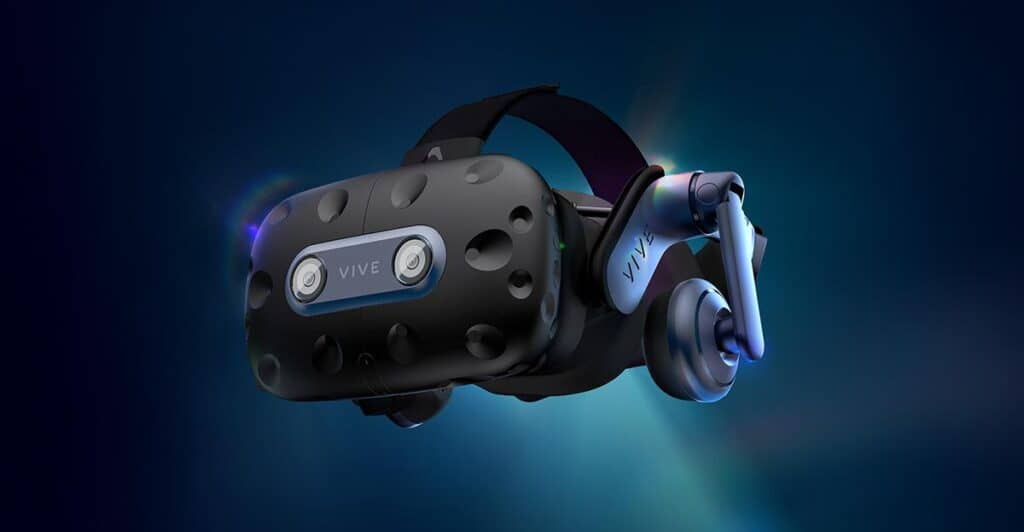 You can find a lot of wireless VR headsets on the market, including the Quest 2, but this isn’t one of them. The VIVE Pro 2 has to be plugged into a computer to function, but that’s not all. To track your movements, this headset requires two “base stations” to be mounted on the wall. These boxes see where you move, then use that info to make your VR experience more realistic.

At $799, the VIVE Pro 2 is the sixth-most expensive VR headset you can buy — but there’s a catch. That price tag just covers the headset. You’ll have to pay more to get those important base stations, plus an additional fee to get your hands on some controllers.

Buying everything you need for this headset to work will cost you more than $1,000. 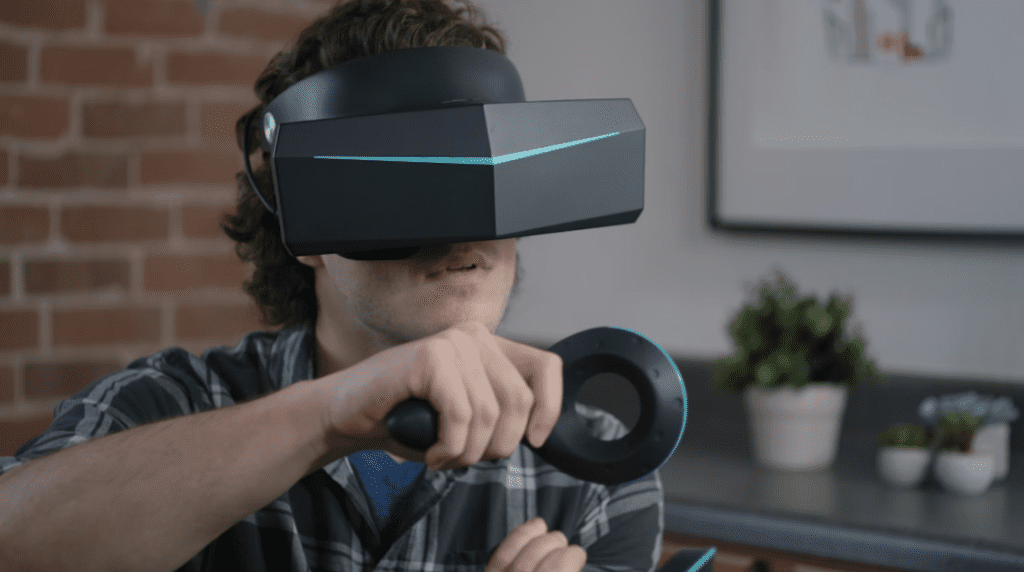 The Pimax 8K VR headset is famous for two reasons: it blew up on Kickstarter and it’s the first VR setup on the planet to feature 8K resolution. The crazy-high-quality design is made of two separate 4K screens and offers an ultra-wide field of view. That’s not typical among VR headsets, which often have a somewhat limited view and lower-quality screens.

Pimax decided to raise money for its exciting headset on Kickstarter. The campaign raised millions of dollars and led to the headset’s release in 2019.

The Pimax 8K VR headset sold for about $1,000 when it was initially released, but the price has gone down over time. 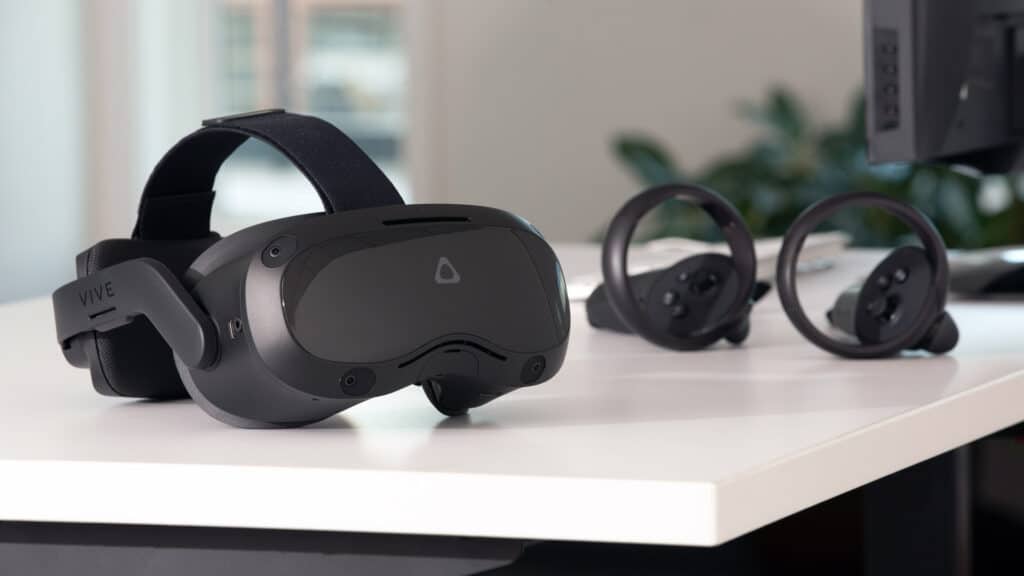 A lot of VR setups are targeted at gamers, but this one is meant for businesses. It’ll work for other stuff, but the setup was designed for things like remote collaboration between business partners and training simulations. Companies can even use this headset to develop marketing materials.

VIVE Focus 3 was released in 2021 and costs about $1,300. That steep price tag will get you a headset featuring a removable battery, which is actually quite unique for VR. A removable battery means you can swap between power sources while other battery sets recharge — pretty helpful.

When it comes to the display, this headset offers a dual 2448 × 2448 setup, one for each eye. Audio is built-in and crafted for businesses, with features like a privacy mode that reduces noise bleed so people around you can’t eavesdrop and steal company secrets.

As the name suggests, the VIVE Focus 3 is the follow-up to an older model. One review says the new design is better than the old one, especially when it comes to the comfort of the head strap. 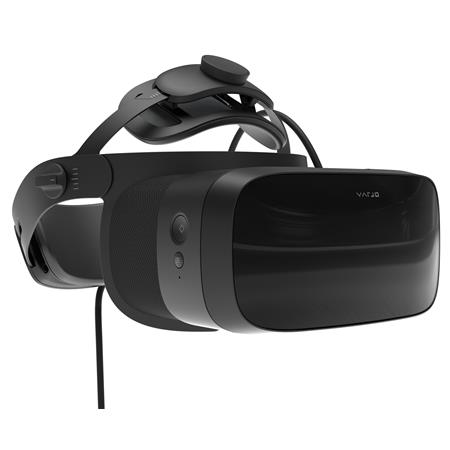 Time for the top three most expensive VR headsets! These are the priciest setups out there — be ready to spend thousands.

At number three is the Varjo Aero VR headset. This one costs just under two grand before taxes and shipping. Yeah, it’s a lot. The expensive design has some impressive features though, including advanced built-in eye-tracking that makes VR worlds even more realistic. The screens also feature a quick refresh rate of 200Hz — that’s more than two times faster than the Meta Quest 2!

According to the maker of this headset, the setup is ideal for everything from creative work to flight simulation. Microsoft’s famous flight simulator works well with the headset, as do other simulation games. Would you buy this setup? 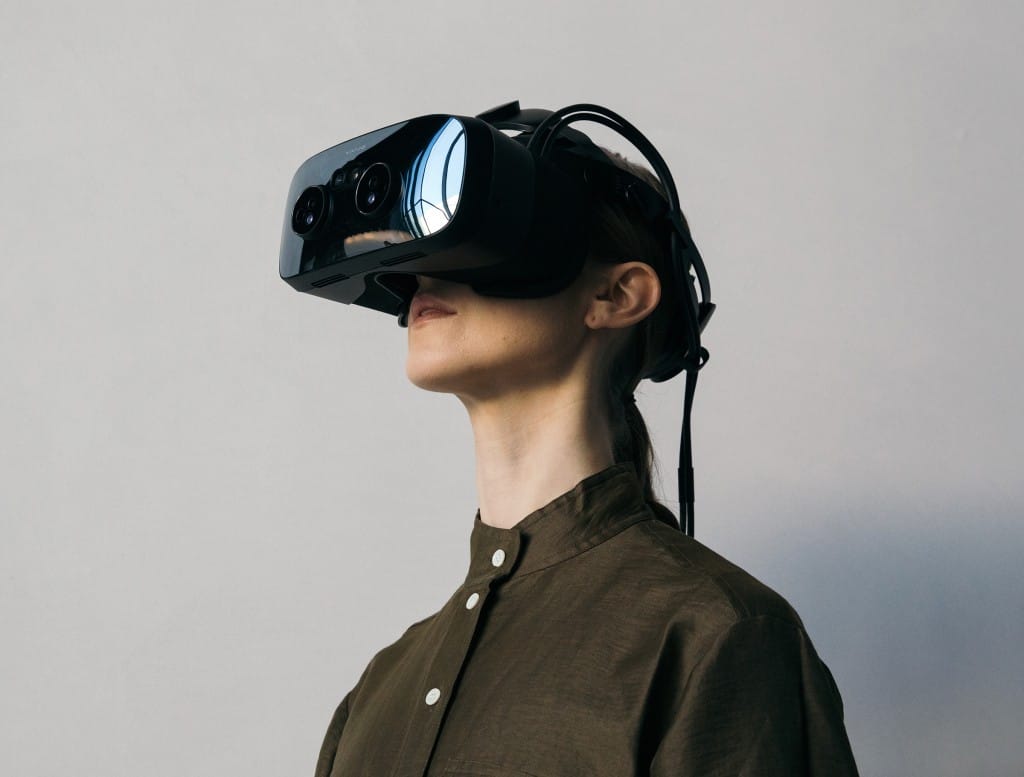 Coming in at a cool $3,395 is Varjo’s VR-3, an advanced VR headset capable of mixed reality. That means you can use this setup for full immersion or keep an eye on the real world while still interacting with digital objects (Varjo demonstrated this cool feature in a video).

Varjo says this is useful for workplaces, like companies developing a product or designing a building. Users can interact with their virtual creations, then use them as roadmaps for the real thing. It could also be used in training simulations for healthcare workers, pilots, and more.

This headset works with SteamVR. 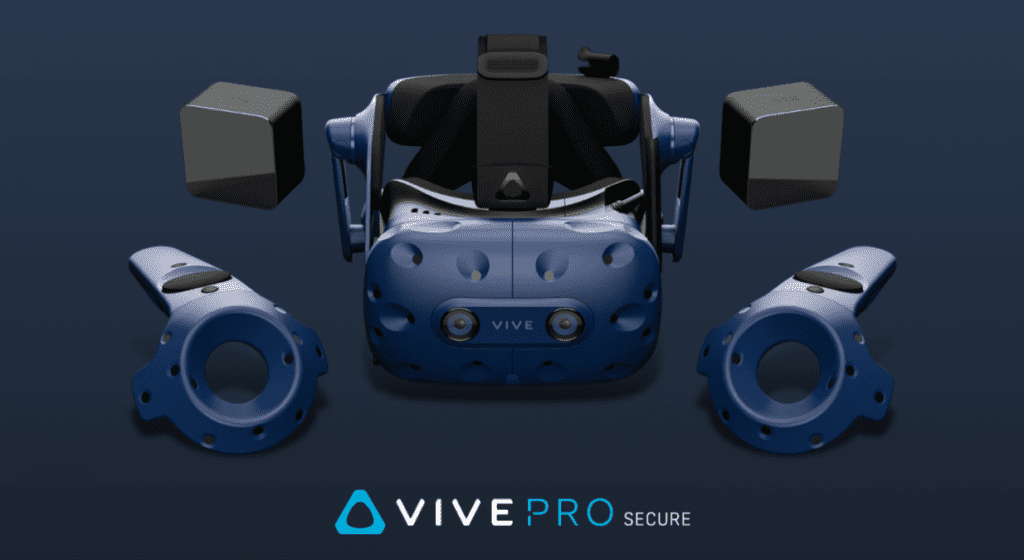 VIVE Pro Secure is the most expensive VR headset you can buy.

This VR headset was made for classified work — think secret government operations or advanced training simulations for government agents. It might sound like something out of a spy movie, but it’s totally real. The setup offers secure data protection so classified info doesn’t get in the wrong hands while specific hardware adjustments keep everything running smoothly, even if you’re dealing with a complex task.

All those cool features come at a price, and it’s a big one. Be ready to spend at least nine thousand dollars if you want one of these cool VR headsets (some even go for ten grand or more).

This headset works with a special version of SteamVR that allows offline use.