Android is an operating system developed by Google. It is a modified version of Linux kernel and other open-source software. Today android used in many electronic devices like touchscreen mobile, tablets, Android TV, Android Auto for cars, and Android watches, each with a specialized user interface. Android is also used on the game, digital cameras other electronics.

An archive file with .apk extension, an Android package. One APK file contains all the contents of an Android app and is the file that Android-powered devices use to install the app. Android SDK tools compile your application code along with data and resource files into an APK. 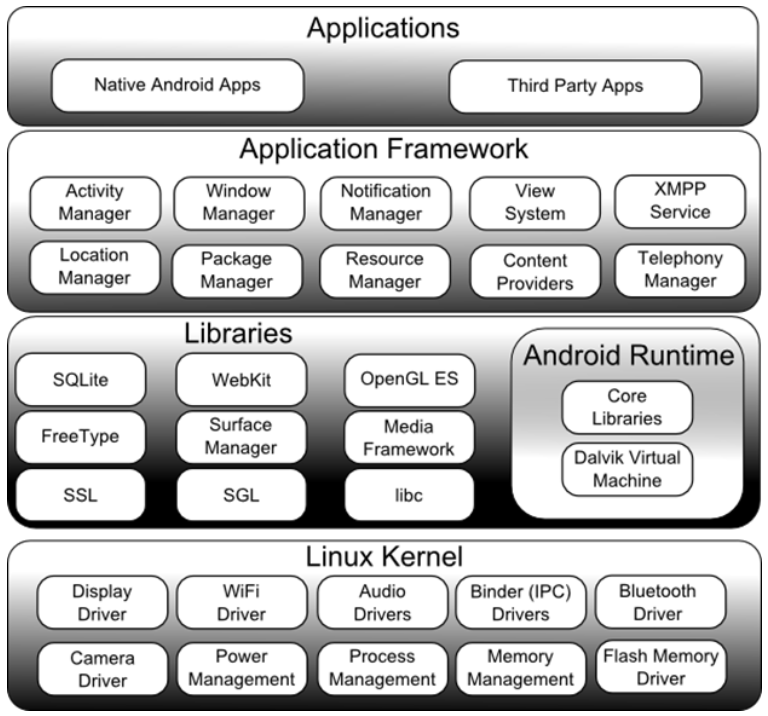 Android can be simply understood as a software package. It is a Linux based operating system for mobile devices. Here, we are going to understand the architecture of Android in detail. Android architecture is also known as the Android software stack. It can be categorized into five parts:

The core libraries and DVM (Dalvik Virtual Machine) are there in android runtime. They are responsible for running android applications. Originally being like JVM, DVM is optimized for mobile devices to consume less memory and to facilitate a fast performance.