Quicksort is a divide and conquer algorithm. Quicksort first divides a large array into two smaller sub-arrays: the low elements and the high elements. Quicksort can then recursively sort the sub-arrays.

The base case of the recursion is arrays of size zero or one, which are in order by definition, so they never need to be sorted. 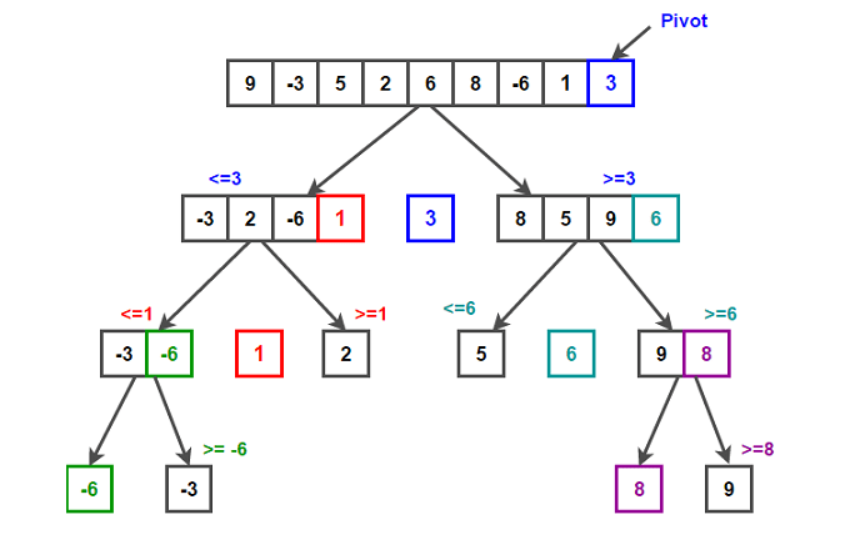