Cells are broadly divided into prokaryotic cells and eukaryotic cells, according to whether their genetic materials are enclosed by a nuclear envelope or not. 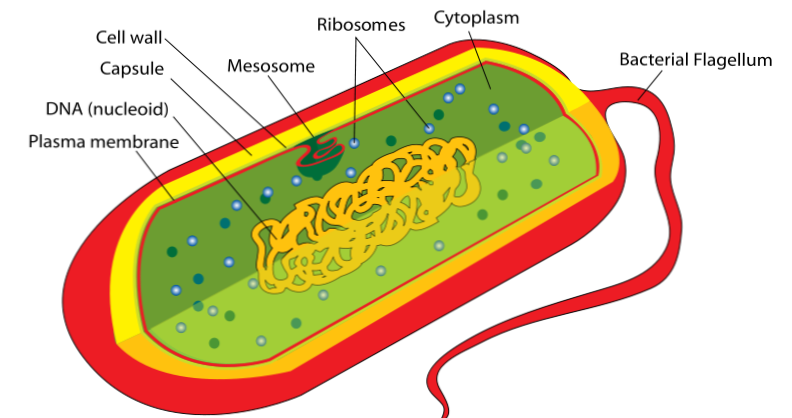 Beginning from the outermost structure and moving inward, prokaryotes (eg a bacterial cell) have some or all of the following structures