The equation of an ellipse with its centre at the origin has one of two forms:

For a Horizontal Major Axis and C(h,k):

For a vertical Major Axis and C(h,k):

From the standard equations as explained above, we can make the following observations:

Steps for writing the equation of the ellipse in standard form: 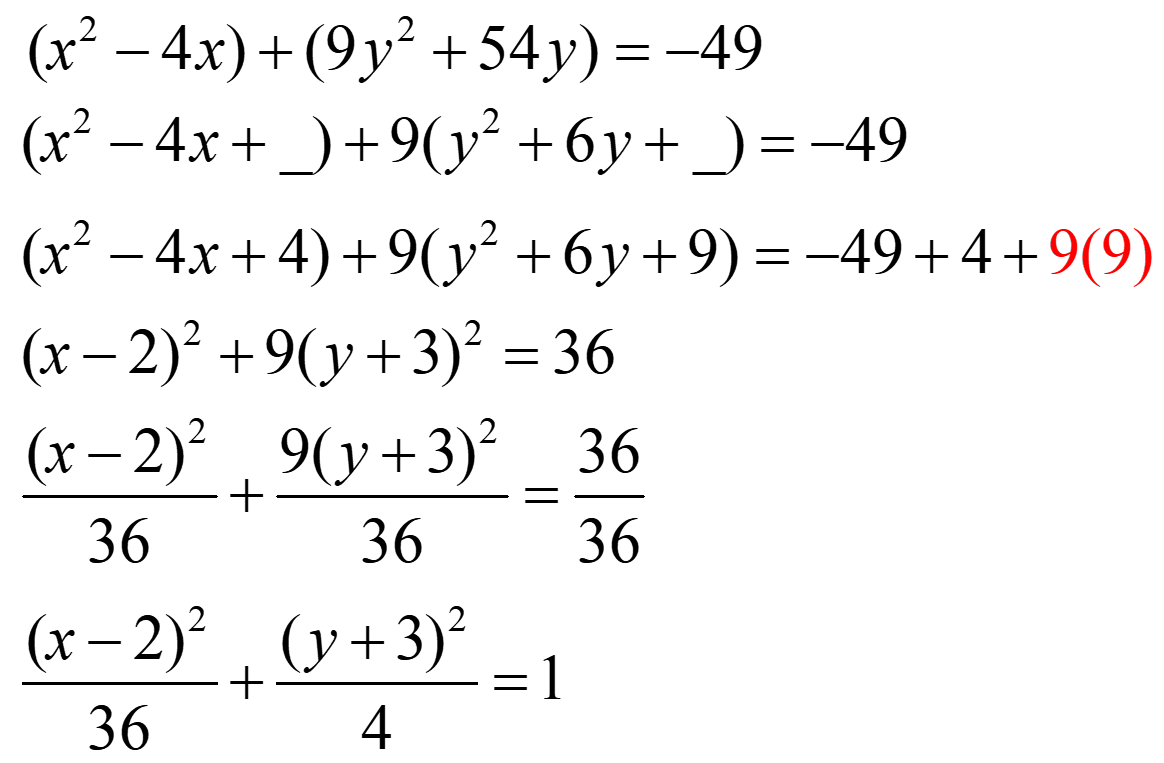 Steps for graphing the ellipse:

Example 2: Write the following equation in standard form, then graph it: 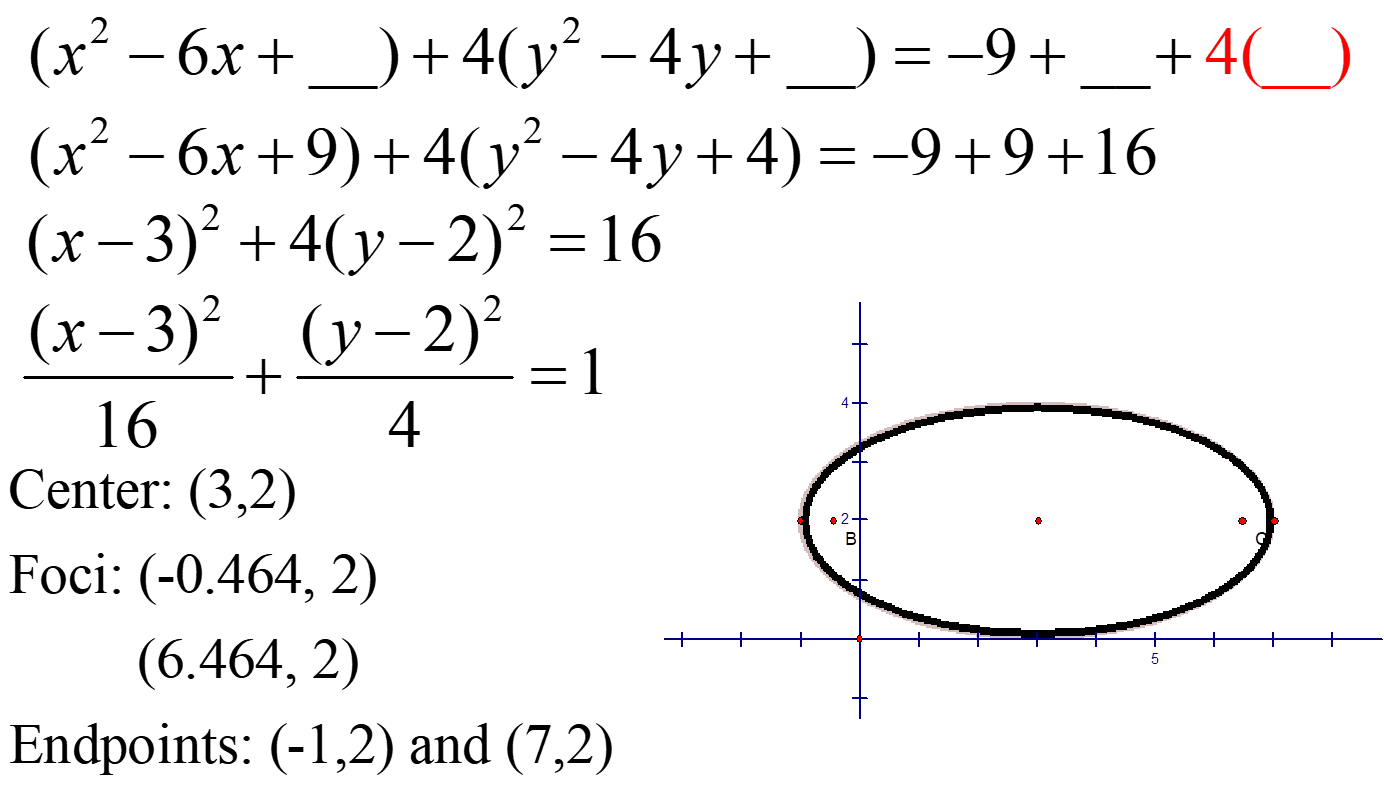