It’s well known that plants absorb water from the soil in the process of photosynthesis. But have you ever wondered how this happens? For water to rise up, it has to work against gravity and yet it does happen. This is another phenomenon which occurs because of the surface tension of liquids. If water is placed in a beaker or a narrow measuring cylinder, then the surface of the water meniscus will not be straight. It will form a slight depression. In fact, because of adhesive forces between water and surface, the outer edge will be pulled upwards.

When the adhesive forces are greater than the cohesive forces between water molecules, the water tends to rise. The height to which the water rises is given by the following relation.

σ is the surface tension of the liquid

ρ is the density of the liquid

g is the acceleration due to gravity

r is the radius of the tube

Pure liquids cannot sustain bubbles on their surface. This is due to the fact that they have too little surface tension. For bubbles to form, surfactants must be present in the bubble forming solution. In the case of a soap bubble, the surfactant is, of course, soap. Soap and many other surfactants generally consist of a metal salt with a long fatty acid tail attached to it. When in water, the salt ionizes, leaving the tail attached to one of the ions, consistently of the same charge. These ions feel a net force towards the surface as the fatty acids are hydrophobic. The chemical interaction of the ions at the surface creates a higher surface tension than there otherwise would be. This increased surface tension allows the solution to hold its shape even after most of the interior solution has drained out of the bubble. 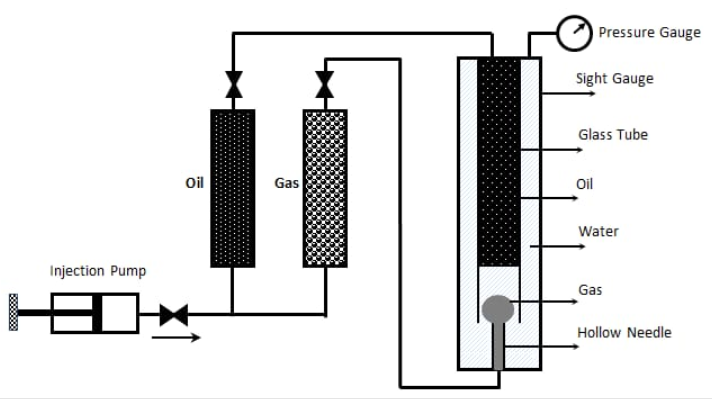 In the Volume of a Liquid

While unreformed in the volume of a liquid, bubbles try to maintain a spherical shape. The driving force behind this shape is the surface tension of the bubble interface. This is attempting to minimize the surface area of the bubble. For an enclosed surface with no boundary conditions, only a fixed volume, the shape with the minimum surface area is a sphere. 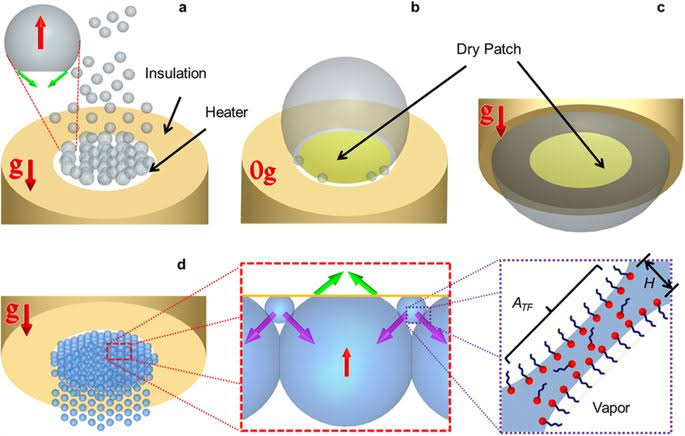 On a dry surface, meaning there is little liquid between the interfaces in the film, the bubble has 2 components. The top is a spherical cap with a radius dictated by the Young Laplace Equation. The bottom of this bubble, which is submerged in the solution, is a deformed spherical cap. As the depth at which the bubble rests increases, the buoyant force increases. This causes the bubble to flatten out. In a dry bubble, the interface between these two portions of the bubble can be considered disjoint, although in reality there is a continuous change between the two.