Turbulent flow is outlined as the irregular flow of the fluid with continuous change in magnitude and direction. It is the opposite of laminar flow which is defined as the flow of fluid in parallel layers without disruptions of the layers. 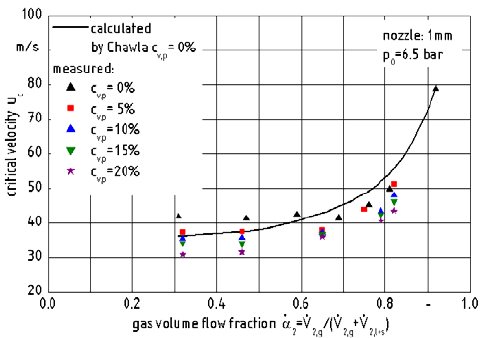 Turbulent flow is prone to occur at higher velocities, low viscosity and at higher attributed linear dimensions. If the Reynolds number is greater than Re > 3500, the flow is turbulent.

Irregularity: The flow is specified by the irregular motion of particles of the fluid. The movement of fluid particles is chaotic. Because of this reason, turbulent flow is usually treated statistically rather than deterministically.

Diffusivity: Inflow, a fairly flat velocity Dispersal exists across the part of the pipe, with the result that the entire fluid flows at a given value which is single and it drops rapidly extremely close to the walls. The characteristic that is accountable for the improved mixture and exaggerated rates of mass, momentum and energy transports in a flow is called “diffusivity”.

Rotationality: Turbulent flow is characterized by a robust three-dimensional vortex generation mechanism. This mechanism is known as vortex stretching.

Dissipation: A dissipative method is a process within which the K.E. of flow is molded into internal energy by viscous shear stress. 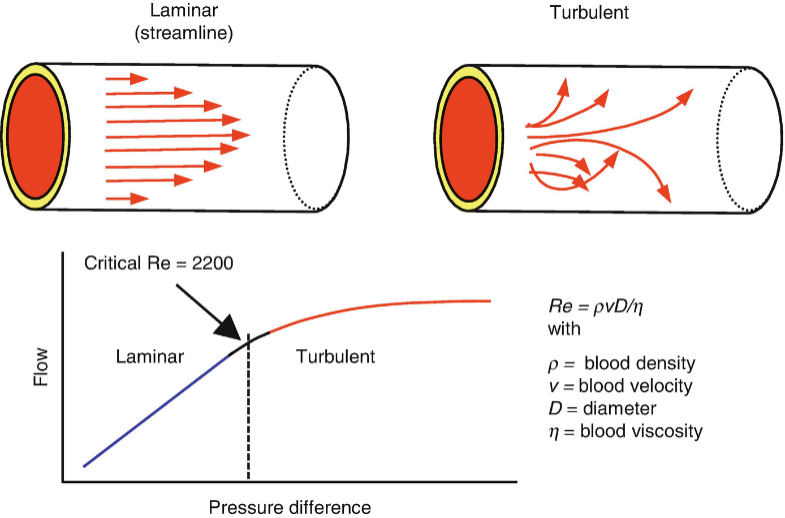 Following is the mathematical illustration of critical velocity with the dimensional formula:

r: radius of the tube

⍴: density of the fluid

A velocity at which laminar flow stops.

The velocity at which the flow enters from laminal to transition period is understood as lower critical velocity.

There is a transition period in between laminar and turbulent flow. It has been experimentally found that when a laminar flow changes into turbulent, it does not change abruptly. But there’s transition period between 2 forms of flows. This experiment was first performed by Prof. Reynold Obsorne in 1883.

A velocity at which turbulent of flow starts.

A velocity during which flow enters from transition period to turbulent flow is known as higher or higher critical velocity.