When there are some changes in the system from the initial state to the final state, then it is said that the system has undergone the process. During the thermodynamic processes, the one or more properties of the system, such as the pressure, temperature, enthalpy, volume, and the heat experiences the changes. The second law of thermodynamics enables the classification of these processes under two main categories such as the ideal or reversible processes and natural or irreversible processes. 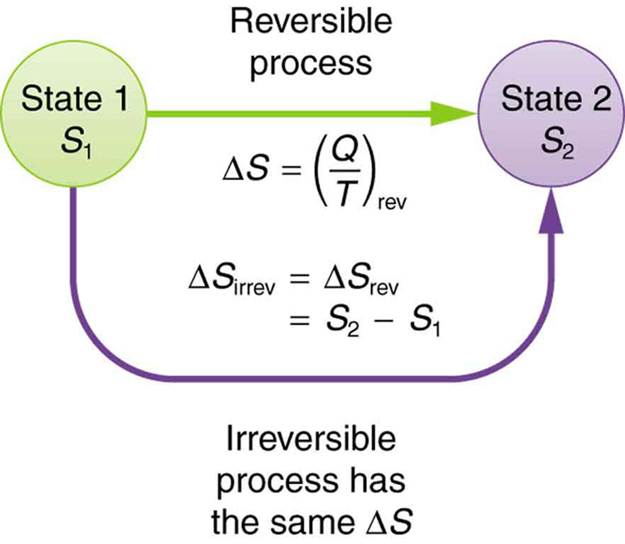 The irreversible processes are also known as the natural processes as all of the processes that occur in nature are irreversible. These processes occur due to the finite gradient between two different states of the system. For example, the heat flow between two different bodies occurs due to the temperature differences between them and in fact, it is the natural flow of the heat. Similarly, the water always flows from the higher level to the lower level, and movement of the current is always from the high potential to the low potential.