Wheatstone bridge or bridge circuit is a topology of the electrical circuit in which two circuit branches are bridged by the third branch which connects first two branches at some intermediate point and this was originally developed for laboratory purposes and it can find many applications of both linear or non-linear which includes instrumentation, filtering, and power conversion. And Wheatstone is the best-known bridge circuit and it is constructed from four resistors two of which are of known value. Wheatstone bridge is also used resistor impedance in AC circuits, to measure resistance, inductance, and capacitance. There is a case with this bridge that in normal condition, it remains in an unbalanced condition that is the current flow through the galvanometer. 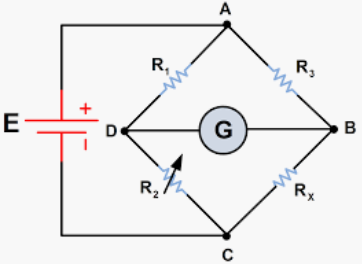 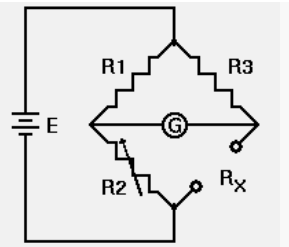 What are the errors of the Wheatstone bridge?

Every circuit and every law has their implication and errors in this the difference between the true and the mask value of the three resistance can cause the errors. But the galvanometer is less sensitive so that inaccuracy occurs in the balance point. And the resistance of the bridge changes because of self-heating and by finding errors and null point by reading the errors occurred in the galvanometer. But these errors can also be reduced by using the best quality resistor and galvanometer. If the resistance can be read in a short time its self-healing will be slower. By connecting the reverse switch between the battery and the bridge the thermal effect can also be reduced. If it is unbalanced than it gives inaccurate readings. The Wheatstone bridge measures resistance from few ohms to megohms and they are more sensitive when all resistance is equal or when their ratio is of unity and the reduction in sensitivity reduces the accuracy of the bridge. 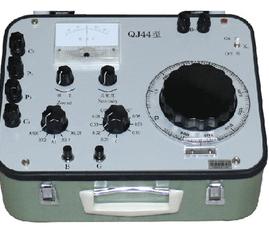 What are the significance and modification of the meter bridge?

The Wheatstone bridge explains the concept of a different measurement which can be extremely accurate. In this or many more cases the significance of measuring the unknown resistance is related to measuring some of the physical phenomena. Though this bridge is a fundamental bridge there are some modifications which can be made to measure various kind of resistance when the primary or fundamental Wheatstone bridge is not suitable. There can be modifications as well as updating in this circuit bridges but they are not significantly elaborated or explained so that they can not be possibly be executed in any kind of circuit or current flow.