Isaac Newton is the founder of the universal law of gravitation and this law of Newton states that every particle attracts every particle in the universe with a force that is directly proportional to the product of their masses and that is also inversely proportional to the square of the distance between their centers. Newton also named it inductive reasoning and it is a part of classical mechanics. In other words, it can also be said that every point mass attracts every other point mass by a force acting along the line intersecting those two points. The first test of this gravitation between masses is conducted by British scientists named Henry Cavendish and known as the Cavendish experiment. 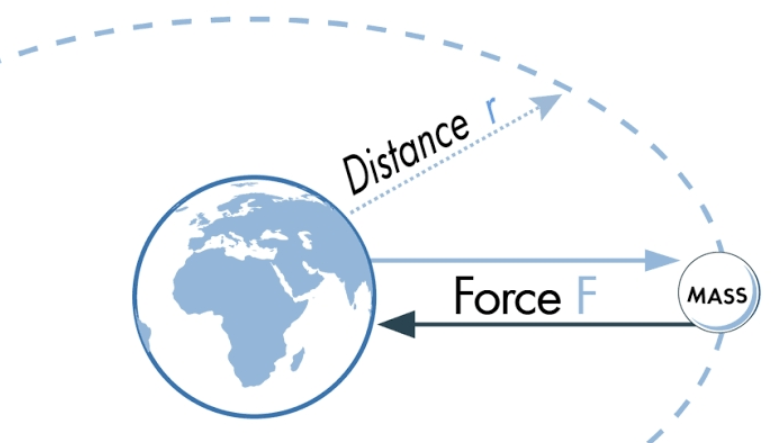 What are the problematic aspects of this law?

Newton’s theory of gravity is accurate for some practical purposes and therefore it is widely used also but in situations where either dimensionless parameters are large then the general relativity must be used to describe the system as general relativity reduces to Newtonian gravity in the limit of small potential and low velocities. Thus it can be said that when there are dimensionless parameters the practical theories do not work but it needs a proper theoretical aspect to implement and to describe it’s full utility. It seems that there is no immediate prospect of identifying the mediator of gravity. The theory of Newton requires that the gravitational force should be transmitted instantaneously.

What observations are conflicting with Newton’s law of gravity?

There was a full description or it can be mentioned there was no extended explanation of the precession of the perihelion of the orbits of the planets and especially planet Mercury. There is a difference of 43 arcs second century between the Newtonian calculations which arises only through the gravitational attractions from the other planets. There is only one half of the deflection in the predicted angular deflection of light rays by gravity which is calculated by using Newton’s theory. Another fact is that the orbiting of starts around their centers seems to strongly disobey Newton’s law of gravitation but later it was discussed that it is not because of the miscalculations but because of the dark matter. This theory is also explained by Einstein’s theory of general relativity in which gravitation is an attribute of curved space-time instead of being due to forced propagated between bodies and this also allows the description of the motion of light and masses.