In the engineering and thermodynamics heat engine is a system for converting the chemical and thermal energy to the mechanical energy which can be used for mechanical work. This is done by bringing the substances from the state of the high temperature to the state of lower temperature. The heat source causes the generation of the thermal energy that brings the substance to the state of the high temperature. The working substance causes the generation of the work in the body of the engine while causing the transfer of the heat to the cooler sink until it is reached to a lower temperature state. 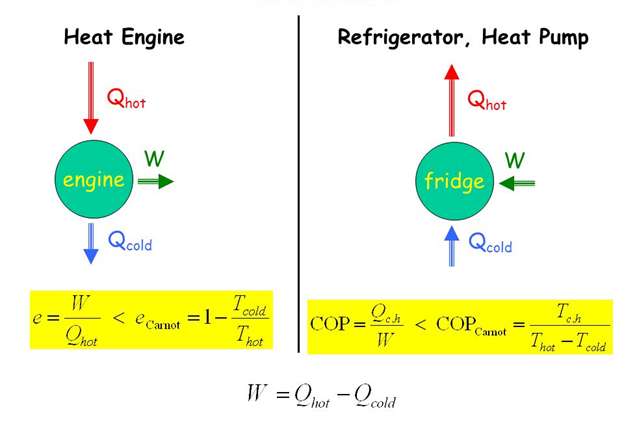 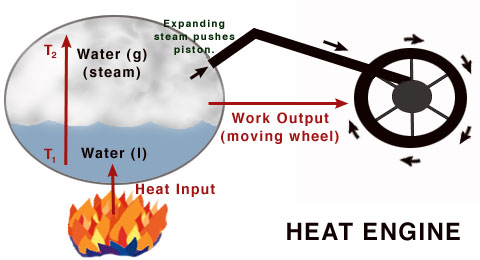 The refrigerators and air conditioners are designed for cooling the things in the warmer environment. With the heat pumps, the work input is required for transferring the heat from cold to hot, and this is a much expensive approach. It works on the principle that when the two things have the different temperatures, that are touching each other or are near each other, then a balance is created in the temperature of both things are the hot substances are cooled, and the temperature of the cool substances is increased. This happens following the second law of thermodynamics.

Working of the Refrigerator