The relationship between the strain and stress that is displayed by the particular material is known as the stress-strain relationship of that material. For each material, this relationship is unique and is determined by recording the amount of strain or deformation at distinct intervals of the multiple kinds of loadings or stress. 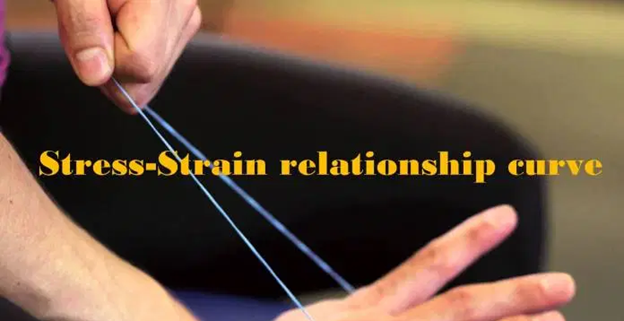 Various properties of the materials are revealed by the curve obtained due to this measurement of the stress-strain relationship. Generally, the curves obtained represents the relationship between the strain and stress in any kind of deformation. The stress and strain can be either, shear, normal, mixture, and can be uniaxial, multiaxial, or biaxial. With time, a change is observed in the stress-strain curve. Usually, the stress and strain curves refer to the relationship between the axial normal strain and the axial normal stress of the materials.

The deformation in the materials is characterized due to stress and strain relationships. For the elastic behavior of the materials, the strain is proportional to the load, such as the applied stress. The strain is immediate with the stress, and it is recoverable up to the stress of the yielding point. Beyond this point, the permanent strain results. The laminar flow is associated with the viscous materials and a force must be exerted for the maintenance of the motion, as there is internal frictional resistance to the flow known as viscosity. There is a great variation in the viscosity with the applied strain rate, stress, and temperature. 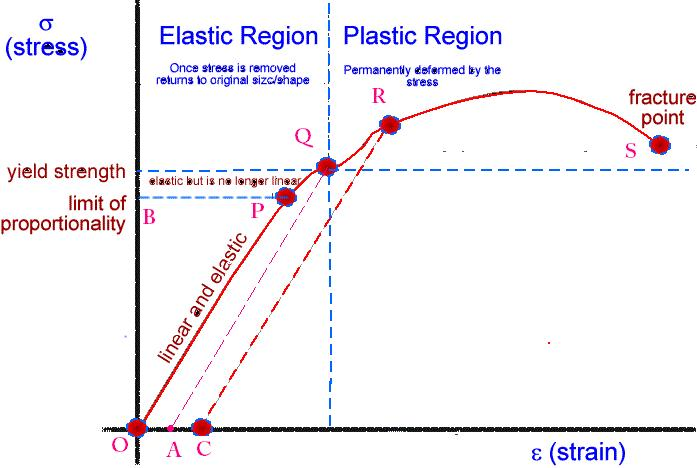 For the plastic behavior, the materials strain continuously and at the yield point, the stress is reached. The stress beyond this point causes permanent deformation. For the elastoviscous deformation, the combined effects of the viscous and the elastic behavior are observed. There is continuous yielding of the material due to the constant applied load. The creep is a good example of this behavior which is a permanent, slow, and continuous deformation, that occurs under the constant load, over the long period, in the material such as ice, soil, sediments, and rocks. Whereas, in the firmoviscous behavior, essentially the material is solid but the strain is not immediate, with the applied stress. Rather the strain is taken up and is exponentially released. Elastic behavior is exhibited by the plastoviscous material, for the initial stress but after the yielding point, the stress level is reached and flow like the viscous material is observed.