Terms like self and mutual induction come from inductance. Inductance is a tendency in electromagnetism and electronics in which an electrical conductor opposed a change in the electric current following through it as the flow of electric current creates a magnetic field around the conductor whose strength depends upon the magnitude of the current. Electromagnetic induction is also a part of this inductance is any change in the magnetic field which is caused by a change in current induces electromagnetic force which is briefly described by laws of Faraday and Lenz. In other words, inductance is defined as a product of the ratio of the induced voltage to the rate of change of current which is the cause of it. And it typically consists of coil or helix of wire. Every conductor has some inductance that may have a desirable effect on practical electric devices.

How self-inductance and magnetic energy is related?

When current is increasing a voltage through a conductor with inductance it will be induced across the conductor with a polarity that opposes the current as of the charges flowing through the circuit loose potential energy which moves from the higher voltage to the lower voltage end. It is assumed that if ferromagnetic materials are located near the conductors in an inductor with a magnetic core. These inductances are calculated by Maxwell equation and many important cases can be solved using simplification where there is high-frequency currents are considered with skin effect which may be obtained by solving the Laplace equation. If the practical side is overview than longer wires have less analogous to their electric resistance. If the wires are separated from the other part of the circuits it can introduced some unavoidable error in any formula result but there are some practical difficulties in measuring wire inductance. 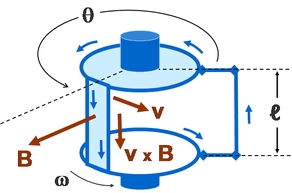 What is mutual inductance of two parallel wires?

This particular discussion leads to two other points of discussion which mentioned that current travels in the same direction in each wire and second is that current travels in opposing direction in the wire but the condition applied here is that the current in the wire need not be equal though in most of the cases they are equal as in the case of complete circuit only when the one wire is the source and the other one is the return. Parallel wires do not need the equal amount of current to be in working condition.