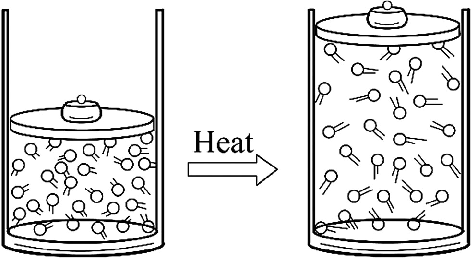 Temperature and Pressure have Direct Role for Thermal Expansion of Gasses

While dealing with the expansion of the gasses, it is important to be well aware of the pressure and temperature that will mainly determine the changes in the volume of the substances. With an increase in temperature, the kinetic energy associated with the gas molecules is also increased. Resultantly, the amplitude of the vibrations is increased due to the pushing of the molecules farther away. Due to the specific heat, the gasses exert the force against its surroundings, and on the container. Generally, the heat transfer to the gas is expected during the thermal expansion of the gasses.

Example of Thermal Expansion of the Gasses

For all the common gasses at the ordinary temperature, the coefficient of expansion is the same. According to the Charles law that is concerned about the expansion of the gasses, the volume of the gas is directly proportional to its absolute temperature. The expansion differences between the solids and gas can be observed by filling of the plastic air mattress in the cool room and then using this mattress on the hot beach. The difference in the thermal expansion between the gas and container and the gas can cause the unexpected over-inflating of the mattress and will the blowhole in the plastic.