Nitrides contain azide ions which are highly reactive polyatomic anions. Azide ion forms a weak base that can accept a proton to make a conjugate acid: HN3. Nitrides of electropositive metals have structures with discrete nitrogen atoms and can be regarded as ionic (Ca2+)3(N3-) 2. Nitrides are stable for only small cations. Transition metal nitrides are often nonstoichiometric and have nitrogen atoms in the interstices of close-packed arrays of metal atoms.

In a nitrite (III) ion, the charge is delocalised over the two N-O bonds, which are equivalent. It can be an oxidizing/reducing agent and metal nitrite compounds are soluble in water. Most nitrites are mildly toxic in nature.

In a nitrate (V) ion, by using its lone pair to a dative covalent bond to an oxygen atom, the nitrogen increases its oxidation state to +5. It is an oxidizing agent and metal nitrates are highly soluble in water. Salts to nitrate such as ammonium nitrate can be heated to oxidise ammonium cation. Ammonium salts are used as fertilizers.

Nitric acid is produced by the Ostwald process. It can occur in both liquid and gaseous state. The aqueous state is strong acid that ionises into hydronium and nitrate ions. The gaseous state HNO3occurs as a planar molecule. Ammonia uses its lone pair to form a coordinate (dative covalent) bond to form a proton called ammonium ion.

Ammonia reacts with other acids by acting as a Lewis base to make ammonium salts.

Ammonia is a colourless gas but has a pungent odour. Ammonia is present in small quantities in the soil where nitrogenous organic matter is decomposed by bacterias. In large scale is it produced by the Haber process. Ammonia is a Lewis base in nature and forms salts with other acids. It can also precipitate the hydroxides of many metals from their salt solutions.

Hydrazine is commonly used as rocket propellant, manufacture of plastics and agricultural pesticides. It is an oilycolourless liquid that can be a dangerous explosive. 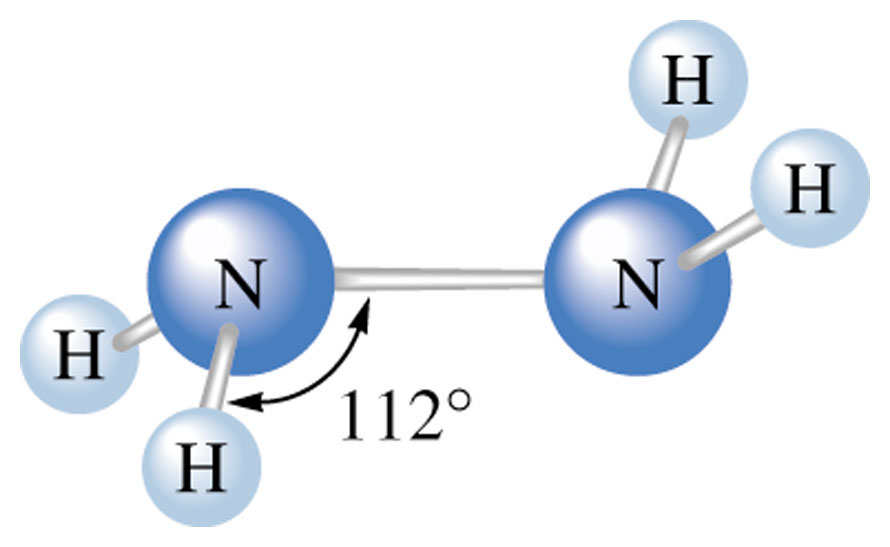 Trinitrotoluene is a relatively stable explosive made nitrating toluene in the same nitrating acids as nitroglycerine, but it is much more stable, will not detonate without a strong shock, usually supplied with a blasting cap containing nitroglycerine.

The decomposition reaction for Trinitrotoluene is:

It is used in Rocket fuels.