The common ores of iron are its oxide, hematite, Fe2O3, and magnetite, Fe3O4. They can be reduced to iron by heating them with carbon in the form of coke.

The carbon monoxide REDUCES the iron oxide in the ore, into molten iron which flows to the bottom of the furnace.

The raw materials coke (C), haematite (Fe2O3) and limestone (CaCO3) are added at the top of the furnace where the temperature is around 800 °C. Coke is a cheap reducing agent. Blasts of hot air are blown in near the bottom of the furnace. Air is the source of oxygen for combustion.

The limestone burns at 800°C yielding calcium oxide(CaO) and Carbon Dioxide(CO2).The Calcium oxide causes impurities to fall as a precipitate to the bottom producing a layer of “slag”. 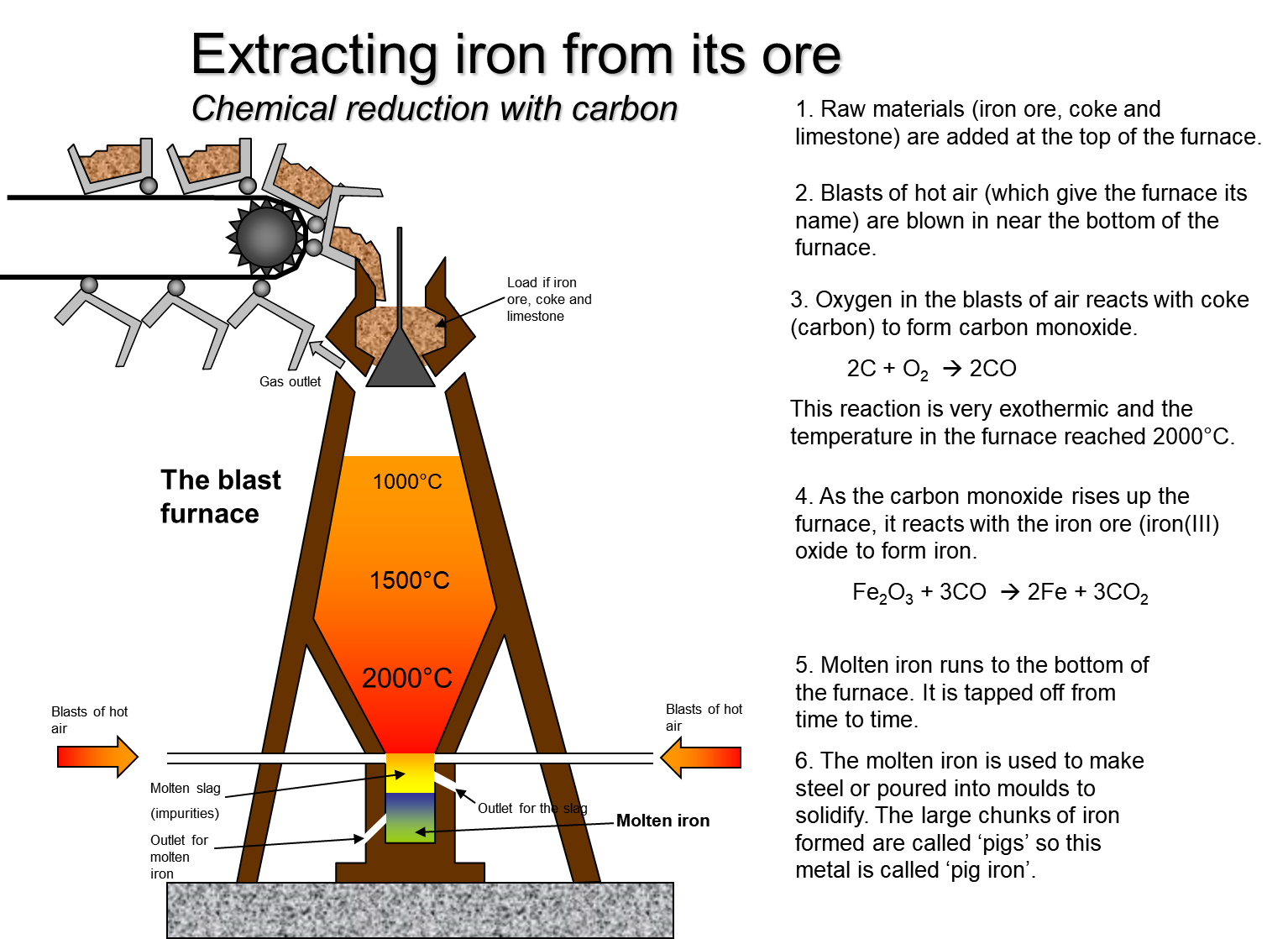 Fig1: Blast furnace to extract iron from its ore.

Also, the carbon Dioxide yielded from the Burning of Lime passes over the coke. Coke is a coal-like substance produced from the heating of Tar and Petrochemicals without heat and contains a high percentage of carbon.

Oxygen in the blasts of air reacts with coke to liberate carbon monoxide.

Because this reaction is highly exothermic and the temperature in the furnace reached 2000°C.The Carbon monoxide produced from the reaction of CO2 and lime reduces the oxygen from Iron oxide. Each Carbon monoxide molecule can bind single oxygen so 3 are used to completely remove all oxygen from the iron oxide. This reaction takes place because carbon is above iron in the reactivity series

Silica in the iron ore is then removed by reacting with lime produced from the thermal decomposition of limestone to produce molten slag, Calcium Silicate which is run off and cooled. 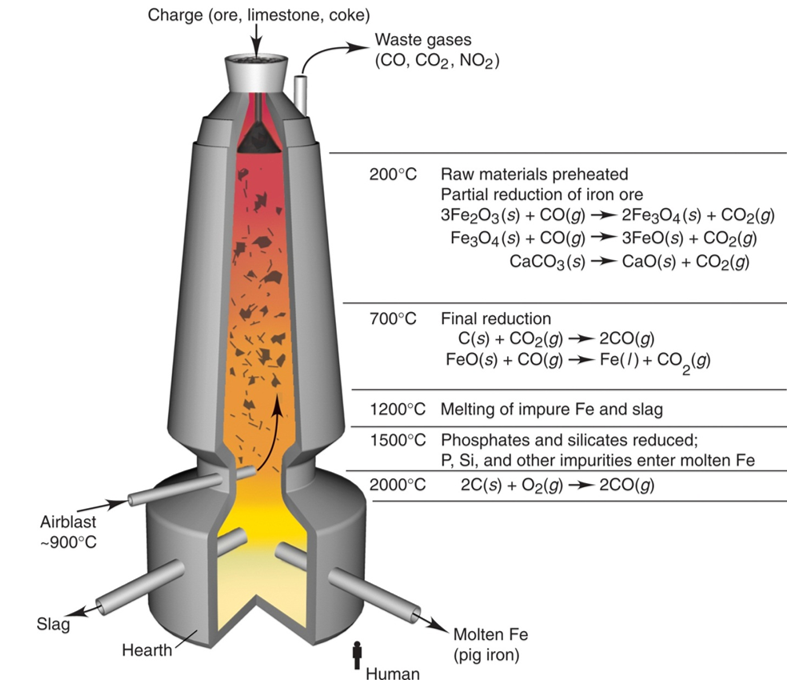 Molten iron flows to the bottom of the furnace. It is tapped off from time to time. The molten iron is used to make steel or poured into molds to solidify. The large chunks of iron that are solidified are called ‘pigs’. Hence, this metal is called ‘pig iron’. Iron produced from the blast furnace is very brittle as it contains up to 4.5% carbon. Most of this iron is converted to steel, which is far more useful, by removing most of the carbon. Mild steel contains approximately 0.5% carbon. Hard steel contains up to 1.5% carbon.