According to Kohlrausch’s law, the equivalent conductivity of electrolyte on the infinite dilution is equal to total of conductance of both cations and anions. 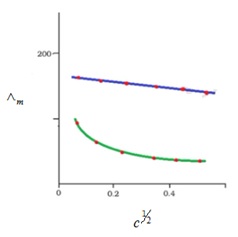